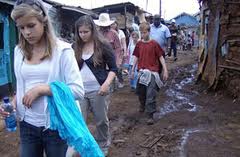 The Vagaries of Slum Tourism and Disaster Tourism:

The Psychology of Slum Tourism Travel

Whats it All About?

We all seek excitement and thrills, not so much in our daily lives, but in our own mix of travel and adventure. I define “excitement” as often going to the very brink of danger, yet WHILE REMAINING SAFE! The greatest thrills often seem associated with coming as close to the brink, where it is unpredictable and still safe, without going over the edge.

Thus, white water river rafting, tornado chasing, skydiving, bungee jumping, mountain climbing, the taking of selfies at cliff’s edge, and the like, are all very exciting and thrilling to some while being white-knuckle experiences for most of us. I’ve coined the term danger tourism or macho tourism, essentially as the tendency to take risks just to the point of still being relatively safe and secure.

We want to experience this vicariously YET STILL STAY RELATIVELY SAFE AND SECURE FROM IT at the same time.

I wouldn’t go so far as to say that this is exciting or thrilling, per se, in that sense, but rather a form of satisfying the innate curiosity of how the other side lives in the security and comfort of our safe surroundings (e.g., our large, comfortable touring cars and limousines). We want to see how the other side lives, while still staying inoculated, protected, secure as well as immune from it–than actually BEING A PART OF IT.

If I can touch my toe into the tip of something I really want no part of—and yet pull my toe back from it all—well, isn’t that exciting or titillating in a sense?

People are always re-affirming, testing, enhancing—trying to increase their sense of self-worth, self-esteem, and, in general, their own sense of comfort in their own selves, their own beings. For most of us, this is, of course, a very normal thing. We all like to feel better about ourselves. One way we do this, of course, is to constantly compare ourselves to others. The famous (or infamous) Jones effect is how we are often depicted as comparing ourselves to the Joneses… the hypothetical people right next door to us whom society maintains that we must conform to, be like, not deviate far from, etc.

The push and pull to adhere, conform to, and adjust TO THE NORM often puts us in the dynamic state of constantly adjusting our concept of self so that we ‘fit in’ and are pretty much like others SO THAT WE ARE ACCEPTED and are made to feel more WORTHY by society.

I think that, in some manner of speaking, slum tourism affords us the opportunity to see and experience others less fortunate than ourselves in a way that has the effect of reinforcing our desired self-images and senses of ourselves. If you have less than I have or suffer more than I do or are in a generally worse state of being than I am, then, does that not cause us to reflect upon ourselves as being better off, happier, luckier, and so on? In a way, it enables us to be in a position to ‘count our lucky stars’ so to speak. In any number of ways, if we can just feel a little better about ourselves, that can contribute to our own increased feelings of self-worth.

This, in a degree, happens to all of us.

As in ‘disaster’ tourism, slum tourism also shares a fundamental drive to sympathize and empathize with others less fortunate than ourselves. Maybe we feel frustrated, helpless, and inept—and to a degree—guilty even regarding our own abilities to help others deal with less fortunate circumstances. We feel we would like to be able to make a dent, contribute in a way, or do SOMEthing to help others in lesser circumstances. This is very difficult to do.

Slum tourism affords us an opportunity to commune with, empathize and sympathize with less fortunate people. Slum tourism, in a way, helps assuage our sense of guilt, allowing us to pay homage in a way to people in poverty situations. It also often offers or opens a conduit to our being able to do something in some small way. A case in point is the tendency of some to ‘adopt’ children in orphanages overseas, whereby they pledge and donate on a monthly basis to the care of a child overseas.

On my own trip to India in 1993, I recall visiting an orphanage, where a number of people in our group—who could afford to do so—adopted some children in this manner.

Participating in slum tourism is a means or an outlet to not only pay respect and homage to people living in poverty circumstances but a way to be able to do something or offer some token of help or assistance in some small way.

The upside, psychologically speaking, of being able to participate with the greater humanity in such a way is very rewarding in so far as our self-confidence, self-esteem, and self-worth are concerned. We give, we help, we assist, and, as a result, we feel better about ourselves. There is not likely any higher feeling we can have about ourselves vis-à-vis our own egos than by having done a really good work!

If the path to human happiness is on the road to altruism, then there is not likely any quicker, surer way to do it.

Is slum tourism educational in some way, or, aren’t there maybe better ways of becoming more aware?

There are all sorts of degrees of involvement in the paths of people involving themselves in ongoing projects dealing with poverty and the like. There are all kinds of foundations, missionary groups, overseas service groups, (e.g., the American Peace Corps), that people can involve themselves with. I think we Americans have the reputation of getting down and dirty, i.e., getting involved hands-on. And it partially is this attitude that creates an image of people involving themselves directly with people in poverty. Habitat for Humanity® constructs homes for the poor. There is nothing more rewarding than getting involved in the nitty-gritty and crunch of hammering in nails in a brand new home for someone in great need. 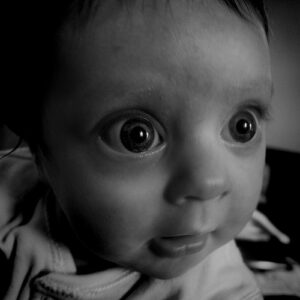 But how do a majority of people who belong to the slum community feel about this?

There are certainly varied reactions to this. However, I think if people sense a caring, an empathy, a sympathy for others genuinely concerned with their well-being, I think they will understand. No one wants to be on show, however. No one wants to be gawked at and viewed as being in a zoo or being a specimen. It is a very fine line being the subject of others’ attention.

I think people in slum communities are so involved in getting on with their lives and dealing with day-to-day survival needs that they don’t have much time to contemplate or pay attention to outsiders so much. So long as people are respectful of them, not intrusive or overbearing, then, in the least, they will tolerate such attention. But the minute outsider’s breach the psychological and sociological or cultural gaps and become intrusive, then that’s another matter altogether.

Is it ethical to take such tours?

This is, of course, a two-sided coin. Many good works arise from the intentions and attention of outsiders with caring, empathetic, and sympathetic attitudes. It is a part of human nature to want to help and share and participate in the well-being of others. So long as the motivation of slum tourists leans toward these positive aspects of human nature, so much the better. To the degree that the more negative motivations of human nature impede rather than enhance the interactions of the slum tourists with their hosts—well, this is not good at all.

It is a delicate balance of human psychological behavior that comes into play with slum tourism. The net effect of visitors and hosts on one another will play to these factors. Hopefully, those who involve themselves in slum tourism will do so with the right mix of cultural and psychological sensitivity.

My own travel tale to downtown Johannesburg offers one small personal view of slum tourism. This story is one of my own travel tales, which appears in my book: Travel Tales of Michael Brein: My Best 150.