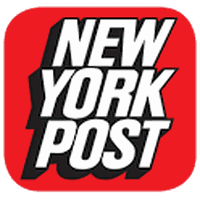 The Psychology of Travel Primer

“We don’t have to be the originators of these treks; we merely need to repeat them in order to reap the psychological bennies that fuel the human psyche . . .” –Michael Brein

END_OF_DOCUMENT_TOKEN_TO_BE_REPLACED

The Travel Psychologist Is in the News Today

On the Road with John Clayton

Have you ever thought about all the different ways there are to see a city? D’you think you’ve tried every one there is? Next up, news about one of the most unusual, yet most intriguing guides, ever. . .

In all my years in travel, I’ve seen some offbeat things, but when I got a copy of Sightseeing by Public Transportation written by Michael Brein, I was hooked, fascinated and wondered why no one’s done this before.

He’s got lots of different titles, but London by the Underground is an excellent example. The brochure comes with a huge map of the Underground on one side, and on the other, diagrams and maps of unique places, plus tons of other equally nifty ideas on things to see and do. It’s VERY clever . . . and worth triple its $5 investment . . .

Your Metro Map was the envy of my entire tour group. It made underground travel easy, and I certainly wouldn’t leave home without one on any future trip.

New York Times, January 16, 2000
Travel Advisory: Taking public transit? These maps will help. For those who want to know where a subway will take them, there is a new series
of public transit maps packed with information.

San Jose Mercury News, January 16, 2000
Know Before You Go with $5 Transit Guides. Detailed maps of public transit systems are often hard to come by until you reach a destination. The guides cost $5 each and include a list of a city’s 50 most popular places, as well as walking maps. The big maps are the schematics used by the cities themselves. The series began with the Oahu bus system. The publisher, Michael Brein, has added London, Paris, Barcelona, Berlin, Madrid, Munich, Prague and Sydney. Amsterdam, Washington, D.C. and Vienna will be added this spring.

Consumer Reports Travel Letter, November   1999
Subway Series
The Metro, U-Bahn, Underground, and other modes of public transit star in a new series of guides created by Michael Brein, Ph.D. in social psychology with an interest in affordable travel. Each fold out city map directs travelers to 50 or more points of interest — the Paddington Bazaar in Sydney, or the Planetario in Madrid, for example, all accessible from public transportation. Individual diagrams on each map help you find the attractions, with directions for the best walking routes to take once you’re off the bus or train.

New York Post, August 24, 1999
Off the Map. If you want to get to know a city like a local, it helps to travel like one, and free public transit maps don’t tell you how to get to the fun stuff. For $5, try one of Michael Brein’s double-duty city transit maps.

On the Road with John Clayton, July 16, 1999
Another most unusual and also very clever guidebook to come into the marketplace, is “Sightseeing by Public Transportation.” In all my years in travel, I’ve seen some offbeat things, but when I got a copy I was hooked, fascinated and wondered why no one’s done this before.

San Francisco Examiner, August 9, 1998
Sightseeing by Public Transportation Map Series. Assiduous and budget-minded trip- planners might want to include these maps as reference materials for their next trip

END_OF_DOCUMENT_TOKEN_TO_BE_REPLACED

Medford’s Michael Brein, a world traveler and writer, says people
should be aware of risks when they go abroad, never forgetting their

Not everyone steps forward with a horror story. “People have also shared absolutely beautiful and wonderful experiences from once-in-a-lifetime romantic encounters to mystical experiences,” says Brein.

Some of the tales are humorous.

Some stories are funny only in retrospect, like the one about the “mad bomber.” A man on a plane prior to takeoff said something about being “ready to crash” in the sense that he was tired and ready for sleep. Other passengers overheard the remark, and reported him to authorities. He was temporarily removed from the aircraft and his belongings searched, until officials realized he was not a bomber. When he got back on the plane, another passenger who hadn’t seen him before excitedly told him about the ‘mad bomber’ who had been apprehended.

And then a woman who had been harassed by men in Mexico figured it might be because she was blonde, so she dyed her hair
black. That reduced the incidents considerably.

Brein is a world traveler himself, having visited nearly 100 countries. He lived in Hawaii for 29 years, moving to Medford a year ago after he felt Hawaii has become too crowded. “Now my nearest neighbor is half a mile away, ” he says with a smile. He’s been a professor of psychology and business in extension programs at the universities of Maryland and Hawaii. More recently he published sightseeing guides for public transportation to cities such as London, Paris and Honolulu.

The first of his books based on his travel interviews is still three to five years away from completion, he says. He envisions one containing the top 100 stories he’s collected from 750 “normal everyday people,” and another on safety andsecurity issues.

“I want to show readers how to maximize the good aspects of travel while minimizing the risks of bad things happening, ” he says. “You know, most of the horrible things that happen to people could be avoided.”

All storytellers will be anonymous in the books, and each will receive a free copy of the book they’re in, if it’s used, he says.

Brein has shared and collected stories from Rogue Valley residents during roundtable events at Travel Essentials in Ashland, a shop that sells travel-related goods. “He’s a real interesting guy,” says Bob Bestor, co-owner of Travel Essentials. “When people get up and tell their stories, he always has an aside or something to add, because he’s been so many places. It makes for a fun evening.”

Bestor says three travel roundtables have been held since last October, with an average attendance of 20. The store may hold another one this fall.

How can you make foreign travel safer? Here are some tips from travel storyteller and researcher Michael Brein.

Keep all this in mind but don’t go overboard. In the overall scheme of things, problems actually are rare.

And a couple of bits of positive advice:

Intercultural Communication
& the Adjustment of the Sojourner